Let me start by saying this has been one of the most difficult pieces of writing I’ve ever volunteered to draft, knowing my daughter would read (and help edit) it so that it honours her experience, not just my perception of it. I am so grateful for her, and so proud of the strength she has to use her voice.

I hear people saying that it’s easy for kids to come out these days. I thought so, too. Until my daughter did. She taught me that coming out is definitely still not easy.

She has been raised in a home where she knows that she is and will be loved no matter what, and that we support her always. But I see now how saying “we’re here for you” or “we support you” is not enough. It implies a decision, like she would one day have a clear picture of her identity and sexuality and proceed to tell us, and that would be that.

In reality, this intensely personal process is much more of a journey than a destination. When a person feels the friction of not fitting the paradigm that has been presented to them, they don’t necessarily know how or where they do fit. They just feel that they are different. Knowing that they are not heterosexual is not the same as knowing if they are homosexual, bisexual, pansexual or omnisexual, for example.

This journey requires access to education and resources, starting at a young age. Unless there is equal representation of all the possibilities, and a way to understand what they all mean, then there is an inherent bias. I think that’s where we are as a society. Even though there are growing communities where diversity and inclusivity are embraced, this does not change the fact that no one comes out as heterosexual. For me, that is the clearest marker of the bias that prevails.

Even though there are growing communities where diversity and inclusivity are embraced, that does not change the fact that no one comes out as heterosexual.

At the forefront of our conversations has been my daughter’s complaint that not enough is taught in schools. While teachings are less heteronormative than they were when I was in elementary school, they still do not fully embrace the spectrum of identity and sexual orientation that exists. Here’s a glossary of 46 terms That Describe Sexual Attraction, Behavior, and Orientation. At best, I might have learned a handful of these terms when I was a child in school. The rest, I’ve probably only learned in the past decade. Recognizing this brought me to a deeper realization.

I could and should have had more materials in our home, to make it easier for her to explore the topics of identity and sexuality at her leisure, without expecting her to talk to me every time she had a question, and without depending on the public school system, friends, Netflix, and eventually, the internet. While the internet can be useful, it’s not what I would call a safe space.

Another important detail is that she is not just coming out to me, or her immediate family. She is coming out to our society. At every turn, she needs to decide who she wants to tell and when, and she will face this moment repeatedly for years, decades, to come. She could choose not to say anything - it’s nobody’s business after all - but right now, saying nothing feels like a lie. It feels like a confirmation of heterosexuality, so I understand why silence is uncomfortable. 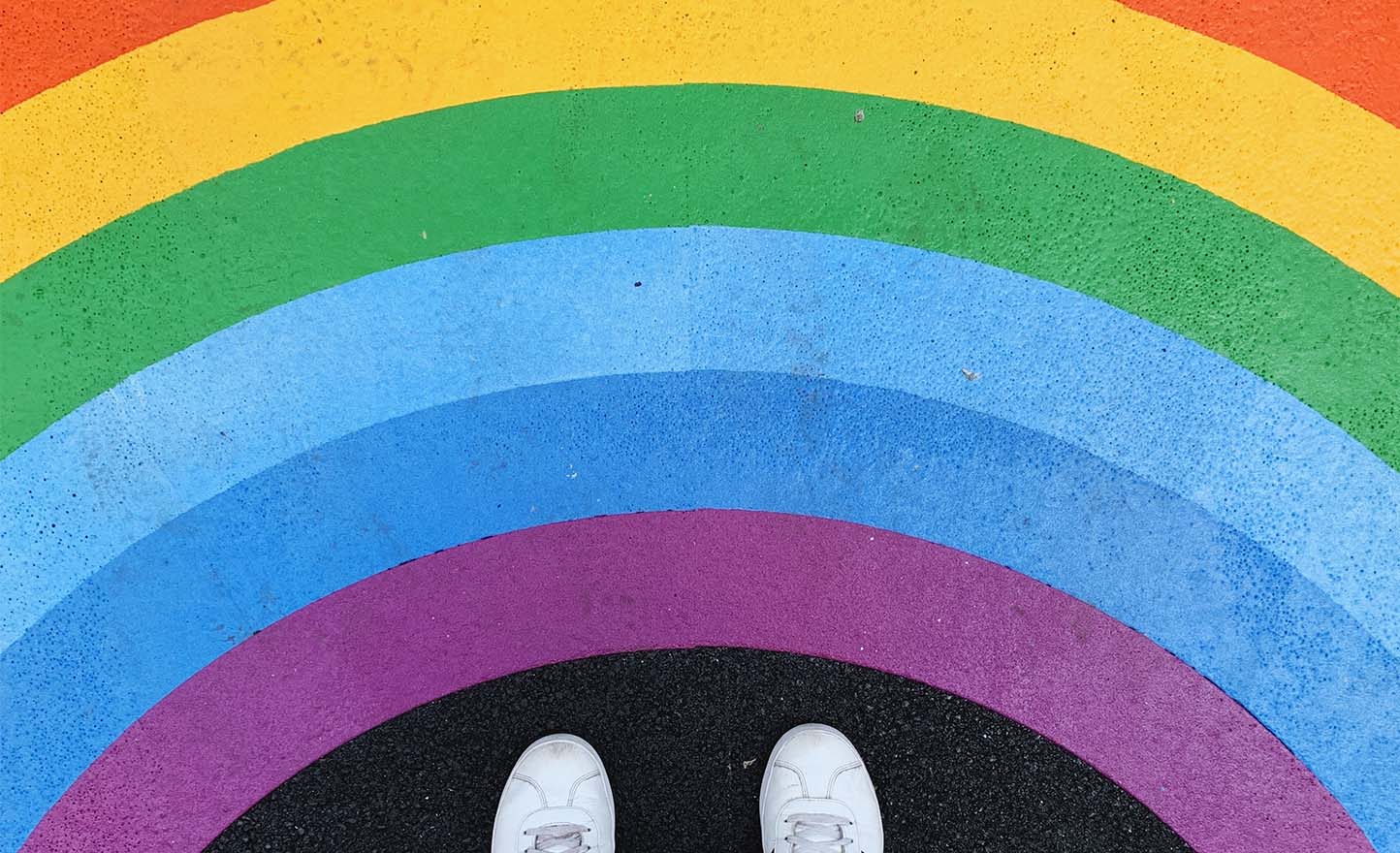 It feels like a confirmation of heterosexuality, so I understand why silence is uncomfortable.

I think of all the ways the heteronormative and binary biases show up: assumptions made about when they’ll date the opposite sex, when they’ll get married, teachers dividing classes into boys vs girls for games. Though I don’t do any of these things, this is what the world around us collectively presents. There is a subtle (or not so subtle) expectation about who to be and how to fit in.

Sometime over the past year, I stumbled upon the Blue Haired Unicorn on my social media travels and I’ve been enjoying her posts like this one ever since. Celebrating Pride as only a day or a month is beyond ridiculous. I have seen many messages out there reminding the world that people are Queer All Year and rainbow logos are not enough. Demonstrating support for the 2SLGBTQIA+ community as a marketing activity is not enough.

There is a real need for education, support and advocacy 24/7/365. Until we shed our collective bias, I am committing to actively use my voice in the ways I know how to share honestly and hold space for people like my daughter, who need to know that they don’t have to arrive at a certain place at a certain time. That they don’t need to fit a mould. That it is human to be confused, to contradict ourselves, to be different. That the simple act of sharing our stories can be an act of revolution.

Celebrating Pride as only a day or a month is beyond ridiculous.